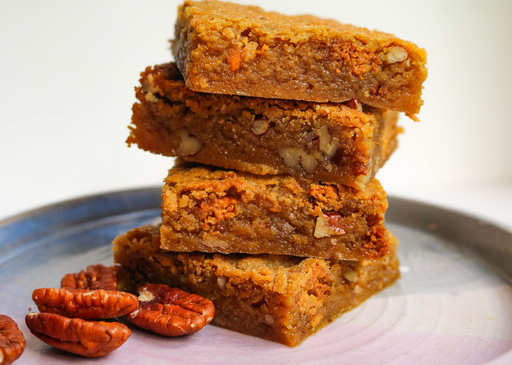 Blondies are fairly new to me. I’ve never really been that into them, I would have rather just had a brownie, because chocolate > no chocolate. However due to popular demand at work, blondies have repeatedly been on my to do list.

Having blagged my way through many mediocre recipes I decided it was time to develop my own.

These blondies are filled with caramelised white chocolate, toasted pecans and a deep and nutty brown butter base.

They are pretty quick and simple, and the base recipe is very accommodating to fillings, you could swap out the nuts for raspberries or chocolate to fudge pieces. Anything goes really.