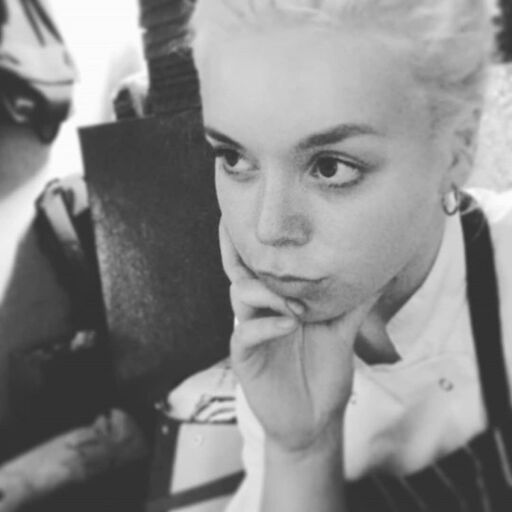 It sounds cliché, doesn’t it? The place where a lot of people of older generations, believe is the proper and sometimes only place for the work of a woman. So why are women in the minority when it comes to the professional kitchen? Although I don’t have all the answers, I thought it might be interesting to share my journey as a female professional chef.

I started my culinary profession the same as most, in culinary school. I studied professional bakery, along with patisserie and confectionary. The stigma seemed almost to hold up, as on my course only one of the 20 or so students was male. And to top it off my tutors were both professional females in the patisserie industry.

However when I looked across the hall, to the general cookery side of the course- the mass majority of students were male, as well as every tutor. A quick look at famous and televised chefs showed me many talented male chefs, with only a handful being women, such as cherish Finden and Mary berry- two very successful women, both known for their talents in bakery and patisserie. This early introduction to the craft resonated with me that, the only place perhaps where a woman could or should contend in the professional kitchen, is on the pastry section. Now don’t get me wrong. I love being a pastry chef, and I love working with men and women.

My first job as a pastry chef started out in the hotel industry. I was 19, full of enthusiasm and eager to impress. I was the only woman in the kitchen and by far the youngest.- A pattern I’m now very familiar with. People were nice as I was introduced, courteous and friendly. I remember being told on my first day that they ‘usually don’t hire female chefs’ after asking why, I was told ‘ they’re hard to work with, have a temper when they’re hormonal and stuff.’ Two years on, I’ve got my dream job and made loads of great friends along the way.

That’s catering for you

How many times have I heard this now to excuse the inexcusable.
I know it’s a rough industry, I’m not naïve to that fact, but comments about ‘that birds tits’ yes that 16 year old waitress or ‘she’s deffo on the rag, moody bitch’ about the woman whose struggling through her shift with unbearable period cramps, surely cant go unnoticed and brushed aside as ‘chef life’.
OH, but that’s catering for you.

I probably wont be the first to tell you about the struggle and mess of working on your period. Its bloody hard work. Now take that and put yourself in a room full of male chefs (the last thing you want when hormonal rage kicks in), hot and humid kitchen, a 12 hour shift on your feet, no breaks, no time to change sanitary products. It is the worst. But its almost impossible to do anything about

My only advice with this one is to grit your teeth and ride through it. Its only one week, every month, for about 40 years….. right? no biggie.

I tried my hardest to be ‘one of the lads.’ Its generally a good time and somewhat in jest, but when it crosses the line its hard to join in. I really don’t intend to paint a bad image of male chefs, nor do I mean to imply that this goes for all of them. I have worked with some lovely, inspiring male chefs who have helped me immensely in my career. Nor am I implying that female chefs can do no wrong. Take it from me- we definitely can. Its always hard being in the minority, especially at work. Its hard to fit in when you visibly don’t fit in.

I’ve worked hard to be respected, and I’m a firm believer that being respected out of honest and earned respect, is a far greater achievement than being respected out of fear. The latter being something I have seen countless times. A respect that continues when you leave the room is the only reputable respect there is.
Some one once told me ‘ you’ll never be respected by being nice to people.’ Well I like to think I’ve proved them wrong.