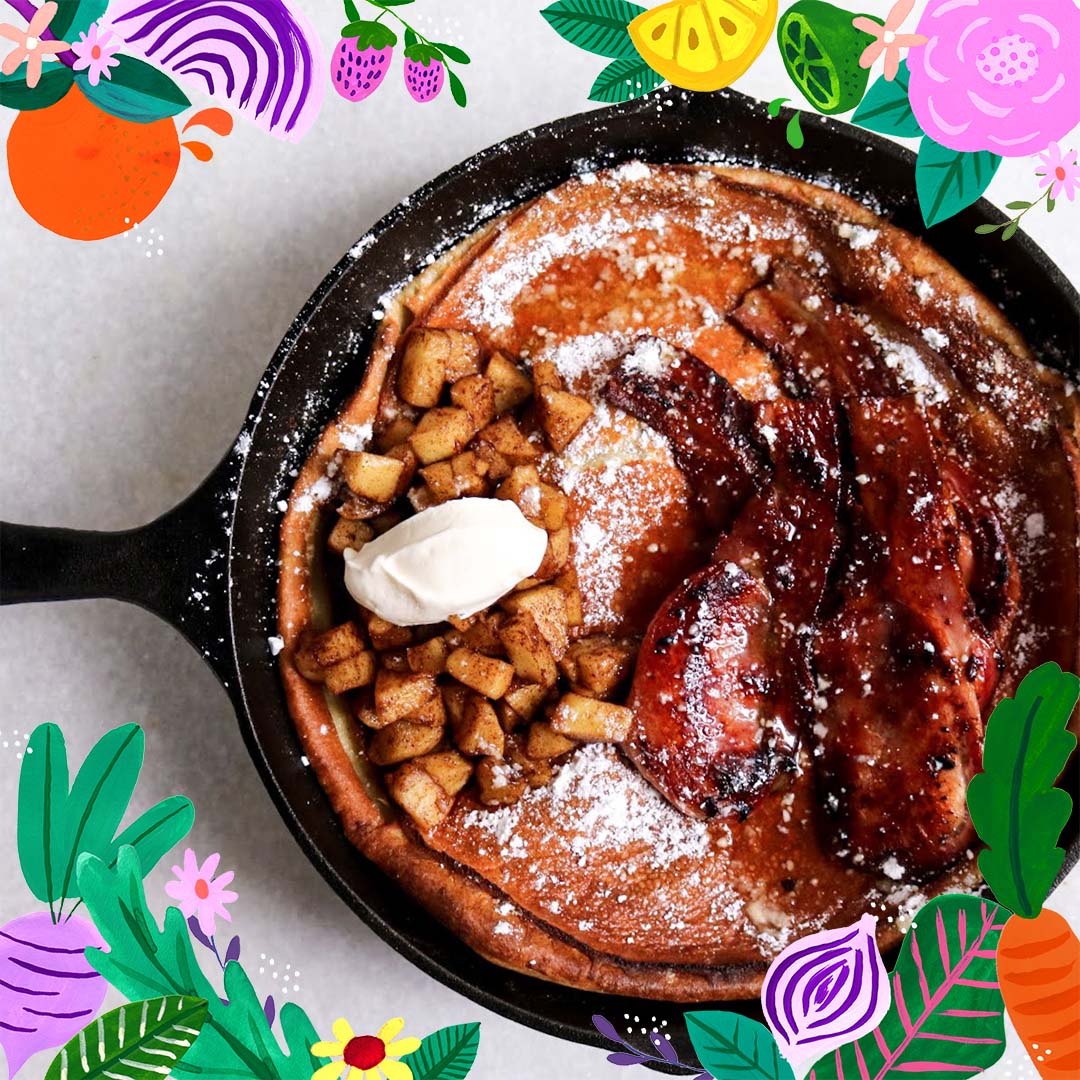 I am so happy right now, I have just welcomed a new little rescue kitty to our home and I have a belly full of this delicious Dutch Baby.

It was only recently that I had heard of Dutch Baby’s for the first time (from my favourite show “Bob’s Burgers”) and even the animated version of the breakfast had me drooling and eager to make one for myself. Now although the name, this dish is not Dutch but American. It gets it’s name from the way it is cooked, in a cast iron skillet.

Now I’m afraid that a good cast Iron skillet is essential for this recipe, but luckily you can get them quite inexpensively on Amazon for next day delivery. This American Breakfast is basically a cross between a Pancake and a Yorkshire pudding, so basically absolute heaven to us English folk and a must for your next Brunch. I love to fill mine with Crispy smoked Bacon, Maple syrup and a heaping pile of Cinnamon stewed Apples, and this is what I have included in this recipe, however feel free to fill with your favourites.

This recipe makes enough to fill 1 25cm cast Iron skillet, which could feed between 2-4 people (I’m in the 2 person gang) but depends on your appetite. 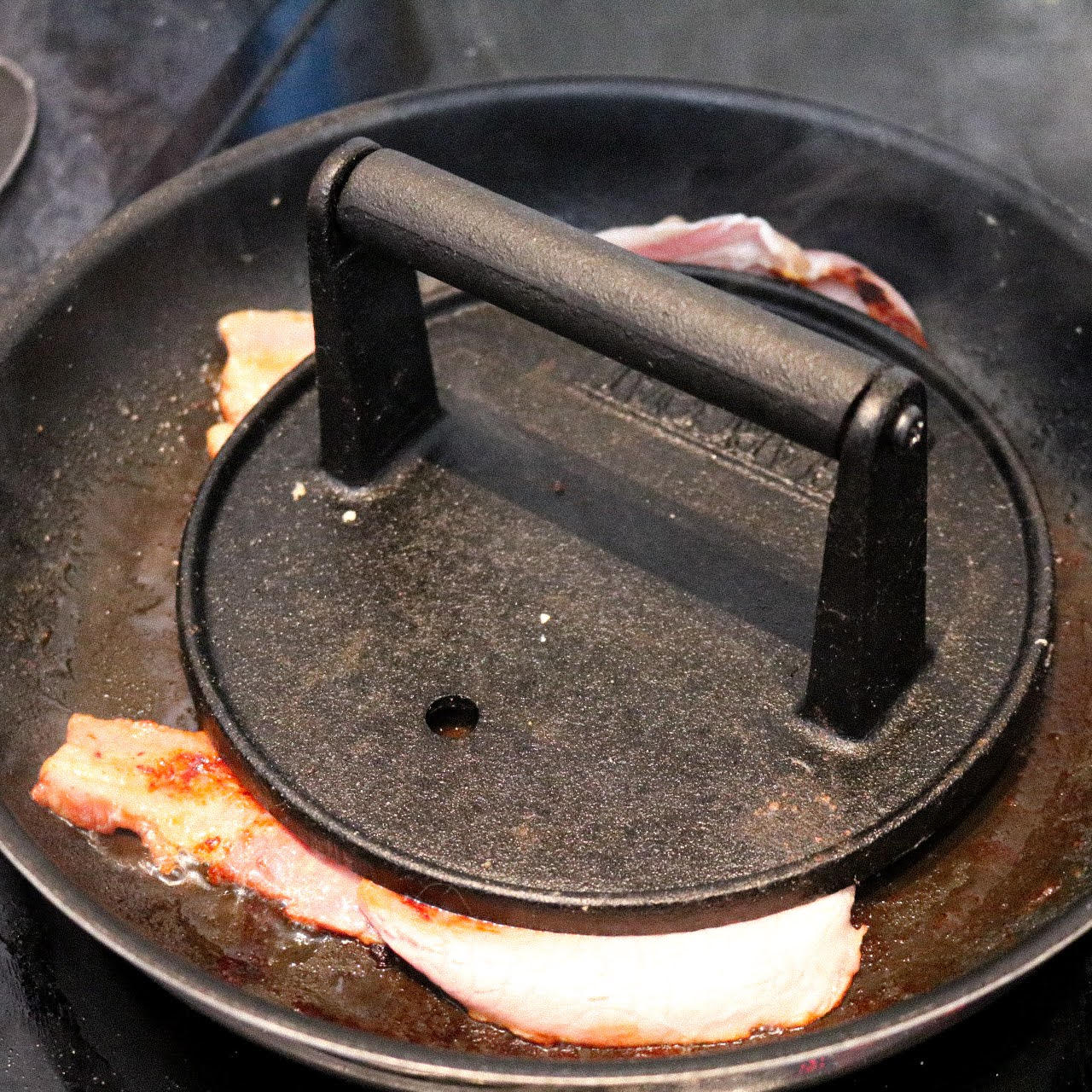